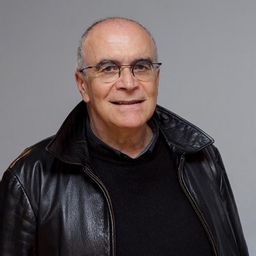 "Urban Overheating and Its impact. Recent Progress on Mitigation Technologies"

Regional climate change in cities is the most documented phenomenon of climate change. Higher urban temperatures are documented experimentally for more than 450 major cities in the world. Numerous investigations demonstrate that the mean magnitude of the temperature increase may exceed 4-6 C, while at the peak it may exceed 10 C. The serious increase of the frequency and the strength of heat waves creates strong synergies between the global and regional climate change and intensify the magnitude of the overheating

Urban overheating causes a serious impact both on the energy demand and generation sectors. It increases the cooling energy consumption of buildings, rises the peak electricity demand, and obliges utilities to build additional power plants, it affects seriously health issues and in particular heat related mortality and morbidity, impacts the concentration of pollutants and damages the urban environmental quality, and finally deteriorates the levels of local vulnerability and thermal comfort.

To counterbalance the problem of urban overheating, numerous heat mitigation systems and technologies are proposed, and implemented in more than 250 large scale urban projects. Mitigation policies and technologies aim to strength the cooling potential of heat sinks and weaken the intensity of the heat sources. Among the developed mitigation technologies, the use of advanced, materials like the recently developed photonic components and the reflective, cool materials, the implementation of additional greenery in buildings and open spaces, the use of passive evaporative systems involving additional irrigation of urban zones and finally the dissipation of the excess heat into the ground seems to provide the higher mitigation potential

The present paper reviews and reports the recent progress and knowledge on the specific impact of current and projected urban overheating in energy, peak electricity demand, air quality, mortality and morbidity and urban vulnerability. In parallel, it discusses new findings related to the characteristics and the magnitude of urban overheating, .and reports and analyse the recent knowledge on the synergies between urban heat island and heat waves. Finally, it presents the recent developments in the field of mitigation and adaptation technologies for buildings and cities and provides inside information on the current and future potential.

Professor Santamouris is also current editor in chief of the Energy and Buildings Journal and has previously been editor in chief of the Advances Building Energy Research. He is also an associate editor of the Solar Energy Journal and Member of the Editorial Board of 14 Journals, editor of the Series of Book on Buildings, published by Earthscan Science Publishers and editor and author of 20 international books published by Elsevier, Earthscan, Springer, etc. He is the author of 370 scientific articles published in journals and a reviewer of research projects in 29 countries including USA, UK, France, Germany, Canada, Sweden, etc.

Lastly, Professory Santamouris is ranked as the top world cited researcher in the field of Building and Construction by the Stanford University ranking system, for 2019-2021. He is a highly cited researcher in the Clarivate, ranking for 4 continuous years. He has been ranked as the no. 538 researcher out of more than 200 000 influentual researchers in the world in all scientific disciplines in a list prepared by Stanford University in 2021.

Sessions in which Matthaios Santamouris participates

Sorry, you've exceeded the inactivity period allowed and your cart was cleared. Please start your transaction over.

Do you need more time to complete your purchase?